The Valorant Patch Notes 1.04 have just been released. Most of all, this patch brings big changes to Viper and the overall game optimisation. There is nothing absolutely revolutionary, but it's still useful.

Note the absence of Sage and Breach in this patch note. Riot Morello has confirmed that they're working on it, especially Sage, who is described as " out of control" . The healer requires a lot of work and we imagine that the development teams are still racking their brains over her.

Viper's pit is improved. It now requires 12 seconds for the cloud to disappear when Viper isn't in it (instead of 5 seconds now). Enemies immersed in this miasma lose the use of their mini-map. Viper can also disable the ability, to give way to her allies.

The rest of the changes are applied to Viper mechanics. The poison now inflicts 15 damage per second (instead of 10). Players who emerge from poison remain affected for an additional 2.5 seconds . This is a huge change since an enemy in contact with poison will inevitably lose at least 30 of their health.

Fianlly, the poison gauge no longer takes into account the number of abilities launched simultaneously. If Toxic Screen is active, it won't cost more poison to activate Poison Cloud.

These changes make Viper a more efficient field controller than ever. Her opponents are going to have to think twice before going through her abilities as if nothing had happened.

Riot confirmed that Raze was too powerful and would deserved a bit of an abilities review. Patch Notes 1.04 doesn't really solve her problems, but increase the cost of her Showstopper by 1 point. This way, the frustrating situations of being killed by a rocket without being able to do anything are rarer.

As Raze's, Brimstone's ultimate now costs 1 more point to be ready. Its power and the fact that it can't be countered probably plays a part as much.

The Stim Beacon is, on the other hand, buffed. It now only benefits allies. Additionally, enemies can no longer see its area of effect. Brimstone will therefore be able to stay hidden and prepare a beacon without having to be careful whether it sticks out of a corner or not.

Cyper gets a change that seems like nothing, but will greatly ease the life of his players. He can now pick up his Cyber Cage device during the buy phase. This allows him a comfortable right to make a mistake at the start of a round.

By wanting to fix a bug on the right click on the Classic, Riot Games took the opportunity to adjust and smooth its performance. The Classic is now more accurate while running, but less accurate while walking and jumping. When the player is still or crouching, the Classic gains an additional 10% accuracy.

The major purpose of Patch Notes 1.04 seems to be, above all, the improvement of the game performances. There are many modifications and bug fixes so that Valorant requires less power from our computers.

There are also bug fixes, like the accuracy of Brimstone's smokes on Haven or the fact that Reyna no longer has to aim for an orb to use it (which was a bug).

You can view full Patch Notes on the official Valorant website.

Riot is working on changes to Viper, Breach, Raze and Sage. 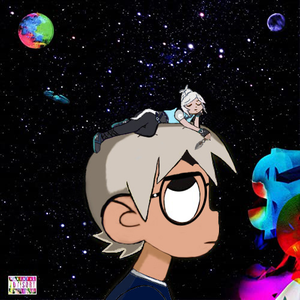