"You don't kill with abilities"?

When Riot Games announced Valorant, it listed many key points of the philosophy of its game. Regular updates, innovative netcode and ruthless war against cheaters are all promises they have made since first day. But there is a phrase written by Nicolo, Riot Games CEO, that made an impression: " You don't kill with abilities."

It was in a tweet from October 2019, more than six months before we could play Valorant. Since then, we have been able to discover the Agents and their different abilities. Those of Raze, in particula,r are so hated by a part of the community that they are ironic about Nicolo's comments. Killjoy's abilities principle has recently reinforced this anger. Nicolo's unfortunate sentence then became a meme that detractors don't hesitate to reuse to express their frustration.

In the Ask VALORANT #5, Riot Morello returns to this assessment and clarifies its meaning.

Guns provide the vast majority of kills, and even our damage abilities are designed with the goal of creating threat. When well-played against, guns should be the primary method used to finish off opponents that are preoccupied with a distraction, or trying to avoid the damage.

A precision which seems necessary to let cooler heads prevail. Nicolo's initial message was however clear. The sentence about abilities has in fact been taken out of context and taken at face value, rather than integrated into a bigger picture.

Of course, a player who absolutely doesn't react to the Paint Shells from Raze or to an Orbital Strike from Brimstone will die (stupidly). But this is not the primary function of these abilities. They are designed to force opponents out of an area, death being the punishment for refusing to move.

In any given game, kills performed by abilities' power alone can usually be counted on the fingers of one hand. Those are the guns and the ability to aim really kill.

However, Morello recognises that there are still a few abilities that are too powerful and don't let enough time for opponents to react. He quotes, for example, the Blast Pack of Raze and promises that it will be changed soon. The latter has already been nerfed in patch 1.05, just as the Showstopper which precisely gives more time to react for its opponents.

Morello takes the opportunity to establish the limits that the developers impose on themselves when they create characters. The teams refuse to create abilities that would harm the shooting mechanics. We then imagine that there will never be an aim-bot like Soldier 76 has in Overwatch, or an ability that prevents opponents from turning their heads. 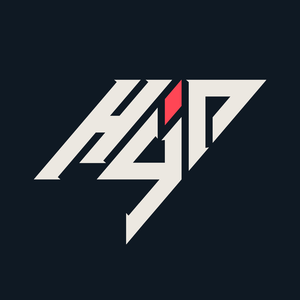