Riot must review the Combat Score

In a new Ask VALORANT, Riot Games comes back to the calculation of the Combat Score and how it impacts ranked games. A perfectible system, which should really be reviewed.

The Combat Score is an essential part of the Ranked Games progression system. The various algorithms that make players' rank advance or not at the end of a game are based on it. However, it's criticised for its formula that doesn't really reflect the investment or the importance of the players in a game.

Currently, the Combat Score is affected mostly by damage to opponents, but mostly by kills. In fact, Agents with offensive abilities and/or capable of killing in one hit allow you to progress much more quickly on the ladder. This is partly what explains the popularity of Raze and her rocket launcher..

On the other hand, more defensive Agents like Sage or Cypher, who nevertheless bring invaluable help to their teams, hardly benefit from the Combat Score. They progress more slowly on the ladder, even though they have marked enemies or held them in place for a long time. All of this creates great disparity in picks.

Asked about the Combat Score and the possibility of reviewing its formula, Ian Fielding, Valorant Senior Producer, replied:

Your combat score is not just based on kills, although that is a big factor in the score. We also look at damage inflicted, meaning that assists where you help kill an enemy are taken into account, as well as utility that does damage.There are some other factors that help inform your combat score, such as first bloods and streaks. These are called out on the combat score tool tip. Longer term, we are looking into ways to incorporate non-damaging assists into your combat score as well.

Regarding competitive, while your combat score indicates how well you performed in core combat during the game, it’s not 1:1 with the performance calculations we use for your rank updates. Rank updates leverage some, not only, of these data points. Simply put, the focus of whether or not your rank updates is primarily focused on wins and the decisiveness of these wins.

The Combat Score should therefore eventually take into account utility abilities that don't deal damage, such as Cypher's or Sova's spotting or Sage's slows.

Finding the right balance is crucial for developers. The current system is indirectly responsible for players' resentment towards ranked games. By giving more importance to offensive Agents, it makes them more contested. Moving up the ladder quickly is a goal for many players and the ability to move up quickly becomes the sole Agent selection criteria for some. This choice is then made despite an overall strategy, the map played or the abilities or wishes of the allies.

In addition to making the games less interesting, it creates an imbalance. Ranked games become less enjoyable as they start on a conflict between players to choose an Agent. Support Agents players then squeeze at the bottom of the ladder, while offensive Agents players are at the top. These situations become the nub of the problem, increasing the players' frustration with getting stuck and causing more and more of them to choose offensive Agents themselves.

Of course, being Victorious has the most impact on Ranked Games progress. But a player who selects Raze will assume that others than him will choose Defensive Agents, and therefore they can combine victory AND combat score bonus. Making the victory more important than the combat score is therefore not enough.

Unfortunately, Ian Fielding uses the words "long term" regarding this combat score review. So we shouldn't see any changes there for a while.

Act Rank and Badge: the new ranked system of Valorant 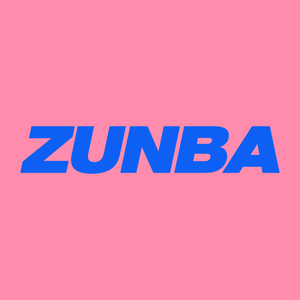