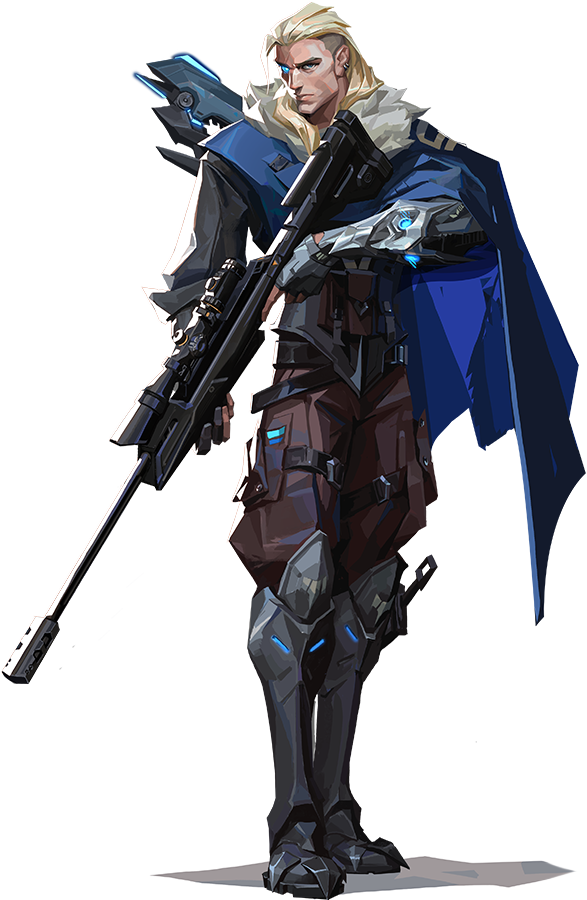 Sova is an outstanding hunter. He excels in the art of initiating fights and in revealing the position of the enemy team. His arrows always find the opponent, and his Owl Drone allows him to explore the terrain without endangering himself. He is a fighter of choice and a very valuable asset to a team.

Sova equips himself with a drone. FIRE to deploy the drone and to take control of it for a short time. You can shoot a marking dart on an enemy with the drone to reveal their location.

Sova equips himself with a bow. FIRE to send an arrow that detonates upon collision and hurts enemies in the zone. ALTERNATE FIRE to add up to two bounces to his arrow before explosion.

Sova equips himself with a bow. FIRE to shoot a reconnaissance arrow that sticks on the first obstacle hit. The arrow emits pulses which reveal the position of the opponents if they are in the line of sight of the transmitter. Opponents can destroy the arrow. ALTERNATIVE FIRE to add up to two rebounds to the arrow before explosion.

ULTIMATE - 8 Charges to unlock it.

Sova equips himself with a bow and three arrows. FIRE to shoot an arrow that passes through walls and blasts energy, revealing and hurting all enemies on its way.