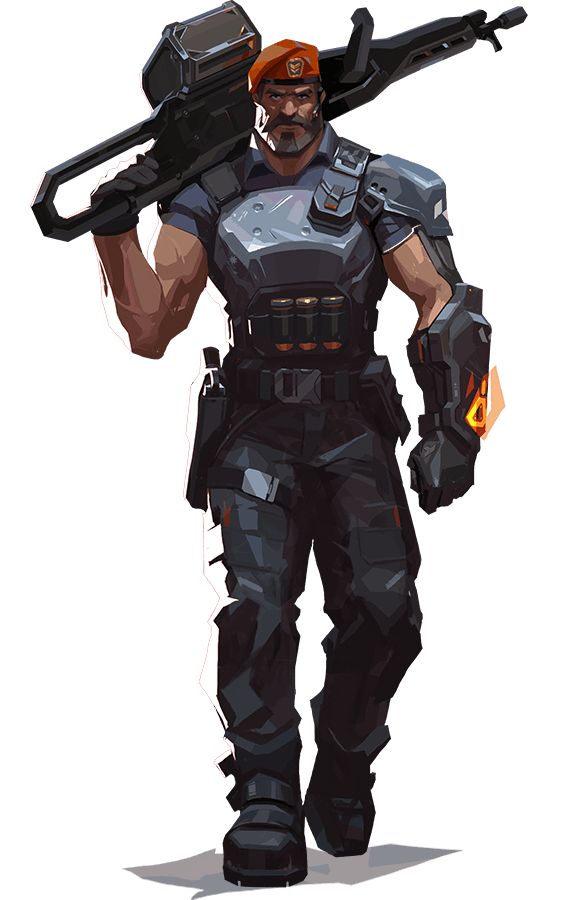 Brimstone’s orbital arsenal keeps his squad on edge. The precision and reliability of his useful abilities make him an unrivaled commander in the field.

Brimstone INSTANTLY throws a beacon on the ground, creating a large area that increases the rate of fire and movement speed of all players standing within it.

Brimstone equips himself with an incendiary grenade launcher. FIRE to launch a grenade that detonates as it comes to a rest on the floor, creating a lingering fire zone that damages players within the zone.

Brimstone displays the surrounding map. FIRE to set up to three areas on the map. ALTERNATE FIRE to confirm, launching long-lasting smoke clouds that block vision in the selected areas.

Brimstone displays the surrounding map. FIRE to launch an orbital strike laser at the target location on the map, inflicting enormous damage on enemies in the area. Before falling, Brimstone’s target area is visible by enemies, allowing them to escape.